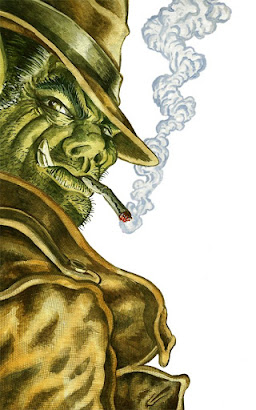 So, in my post Silence is Consent I talked about various practices of WotC and other authors in regards to how they are handling being progressive and things like that. After some conversations I had afterward, I realized that I did not really get into the Orc (and others) issue because I was focused on other things.

I have touched on the concept of evil in Evil or Something Like It. With that as I started point, there is a very long post titled, Why do Orc Lives Matter? that goes into the long history of the Orc in gaming, other media, and with J.R.R. Tolkien. Basically, where the modern issue of "orcs are racist" comes from is when they transitioned form being monsters (as portrayed in LOTR, etc) to being a player option to play as in table top (of all sorts) games. When this transition happened the writing and/or tone did not change from their monstrous roots and entries (I also think the term race in itself has been a huge fire starter). This allowed the the DM's to treat the Orcish characters with racism in game like in the movie Bright (and maybe out of game) as the printed game world still saw Orcs as monsters and not people. Obliviously this situation crossed wires from fantasy to reality and allowed real world racism to seep in. Then, actual bigots and racist jerks used this as a chance to be exactly that but in game as well as in their normal real lives. So, people made Orcs racist due to lazy writing for years which after the transition, made it to easy for people to place real world politics into them. 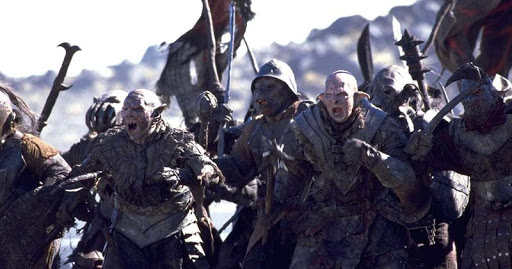 So, where does this leave us with the Orc? It leaves us with two options.

These options cannot cross pollinate because you end up with the issue already discussed above. Orcs are not the only Monster turned playable the suffers from this issue. The Drow (and many more) also suffer from this issue (of lazy writing and people making them racist) but I talk at length regarding that problem and my social fixes in my post The Darkness of the Drow.

With all of this in mind, my initial statement still stands. Orcs (and others) as written are not racist, they are written as monsters. Peoples reaction from the transition to monster to playable and because the writing did not change are what caused Orcs to be racist. People who used them to emulate real world politics, people who treated player character Orcs/Half-Orcs as less then, and people who saw an excuse to act out their bigotry fantasies are the problem and what made them racist. This does not even include all of the people who are jumping on the ban wagon and the witch hunters.

Once again, I will reiterate that I am for this changes and I am glad they are happening. It is the how and the false sincerity of it all that I cry foul at. 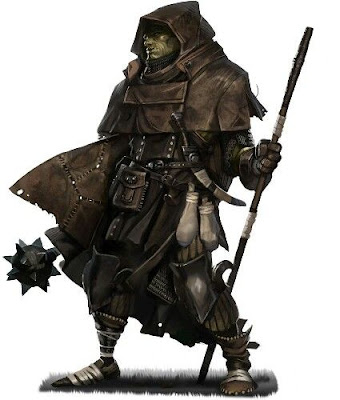