Lost Love for the D20 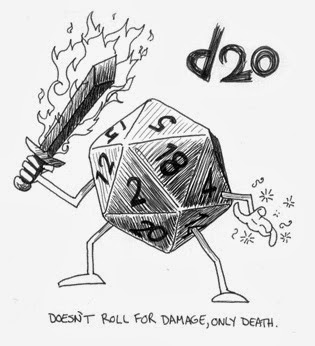 So, over the years I have been falling out of love with d20 based systems. I know have stated this before, but these days I prefer rules light games. Though lately, what love I had left for d20 based games is waning more and more.

It could be that I has gaming heavily in the 3.x era where every idea, genre, and game had a d20 version and all of the of new games used a version of the d20 system.

But maybe it is part of the swingy-ness (it lacks any type of curve - I call it the Chaos die) of the d20 but I think the majority of my current frustrations are because the d20 is usually attached to rules heavy systems. Rules heavy systems tend to have a lot of baggage. 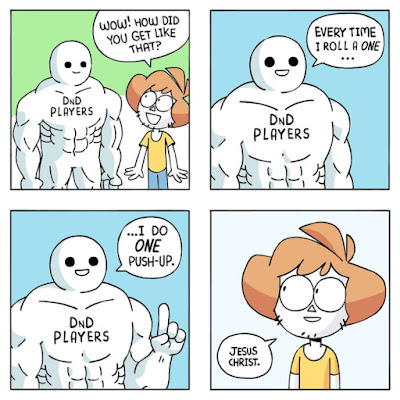 My frustrations have become apparent during my current DnD 5e game I am playing in. Do not get my wrong, I am having a lot of fun with the story, the people I am playing with (I think there is about 145 years of gaming experience between us). all of the characters (including mine) and their interactions. It is the system that gets in the way of immersion and full enjoyment.There are still pauses to look up various rules and sometimes there is decision lock as some of the smallest decisions can get very technical.

The final part of my frustrations is that as far as DnD has come from AD&D/3.x to what it is now it has fallen short. Using the same mechanics for skills does not create very skilled characters and there are a lot of classes that o not have uses (or effective uses) for bonus actions compared to other classes - the action economy is in shambles. 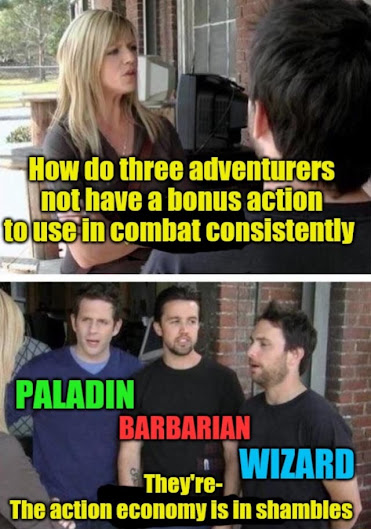 Now with this being said, I have found some creative iterations of using a d20 for resolution. Some of these iterations include using the roll under method (what a lot of people did back in the 70s and 80s), the d20 + bonus die for skill, and advantage/disadvantage (though this is just a clever way to stop obscene bonuses or penalties and not a system in itself).

This more of a rant then anything, but I have been noticing (except for very rare instances these day) that no matter how much I am interested in a game I tend to avoid it if it uses any type of d20 systems. 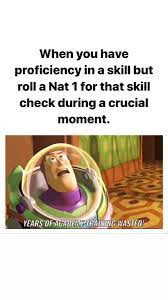 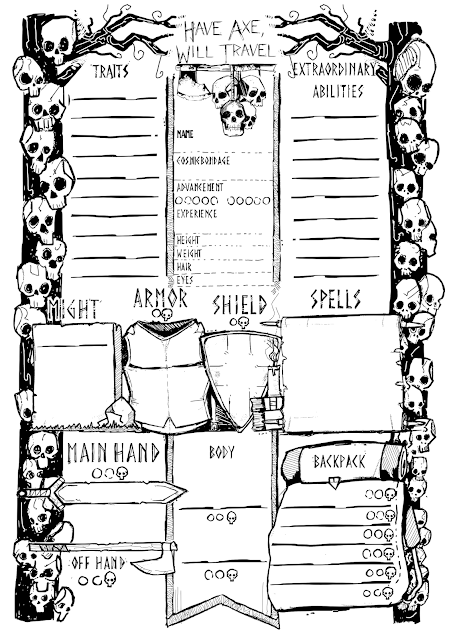